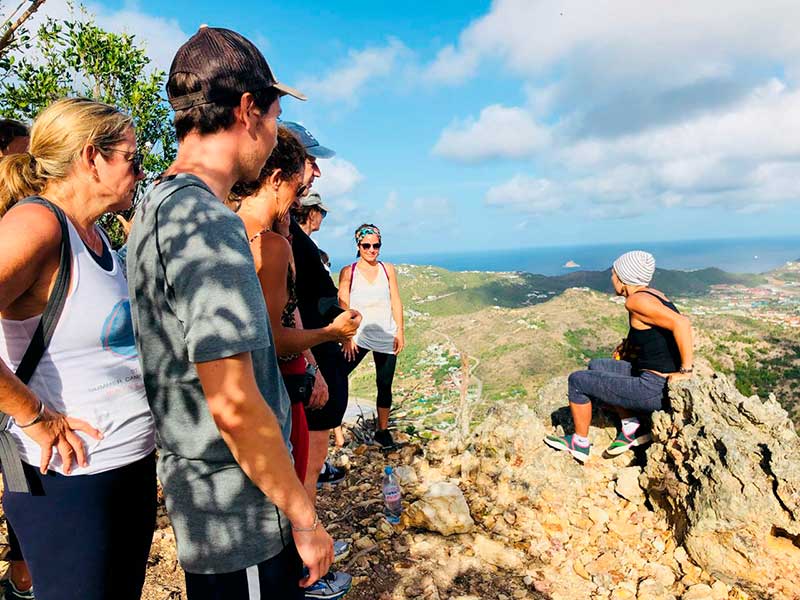 I once attended a talk that Gurumayi Chivalananda gave at the Siddha Yoga center in upstate  New York many years back. This petite and unassuming woman , who became the spiritual leader for a worldwide community when her master, the great Muktananda, passed, spoke simply and with a quiet conviction that galvanized a room of hundreds.

She said something to the effect that it was spiritually important for us  to be appreciative for the golden summers of our lives.

She reminded us to work past petty grievances, slights, and setbacks and gratefully embrace everything life brought to us, to taste everything that was on our plate. She delivered this talk on the day after Princess Diana died.

I was miles and miles away from knowing then what life had reserved for me. I had no inkling that  a tree would fall on me in the Amazonian jungle, or that I would be falsely diagnosed with cancer,  or that my parents would die within 6 weeks of one another, or that a hurricane would lambast the Caribbean a few months later, or that two weeks later my husband would have an incurable brain tumor and less than a year later, die.  A two-year cycle of utter chaos.

Honestly, I had no way of knowing.

I became, like many of you have become, accidentally brave.

Cobbled by a path laden with skulls and crossbones, I simply had no idea, not the slightest clue, of what I would be asked to face, or that in the ruin that my life would become, I would find my bravery and  my warrior strength.

I had no idea that love would call me to task as it did, and no idea, not the least, that I would be capable of rising to the challenge.

In these past two years, I have learned loads about humility, humanity, creativity, and the power of friendship and family, of crawling through the rubble and rising from the ashes.

When things got so bad that I forgot all of my basic self care  tools, some unnamable force saved me again and again, nudging me back towards the gratitude that Gurumayi spoke of in such soft tones. Ram Dass refers to it as “Fierce Grace”.

I first consciously experienced this  Fierce Grace when I had a hole the size of a grapefruit in my sunken chest. The physical  condition to which I was born has a Latin medical name :  pectus excavatum.

By the time I was 11, this abnormality that reduced my thoracic cavity and squeezed my heart and my chest became life-threatening enough to require surgical intervention. My sternum was sawed apart, I was sewn back together, developed a wicked staph infection in the hospital, that required daily acid washes for months,  and spent a few years during  my late childhood and early adolescence benched. That deformity is what brought me to yoga. I hungered for solutions.  I missed my breath.

Just before I underwent the operation, when the greatest prize in the universe was having access to a  Playtex trainer bra that showed its willowy cloth shadow under my pale yellow school blouse and cloaked my budding breasts with synthetic, factory-produced lace, I was in training. I was one of Frankie Bell’s swimmers.

For countless hours every week, we’d train in a godforsaken, chlorine-saturated pool on the far side of our fair American city with our female swimming coach.  A real oddity in a male-dominated profession in the ’60’s and early 70’s.  She was a no-nonsense kind of woman,  weirdly beautiful and strange. My over-solicited  mom made great sacrifice to drop me off and pick me up for practice. I was a young-Olympic hopeful, she was told, and it was worth the mileage she put on her car and the gas she burned to get me to the practice pool and back that ultimately convinced her to add one more thing to her over-saturated plate.

We’d swim until my little arms felt that they would fall off from the sheer strain of shoveling that water out of the way. We’d swim until my heart would beat so wildly under my constrained and deformed chest that I thought I was dying. And when I thought that I had reached the very end, there was Frankie’s aqueous face, yelling at us with her Southern American drawl to do one more lap, and then another.

She egged us on mercilessly.

She had no time for pity.

Besides the coveted trainer bra, the other great life treasure was meriting one of her hard-to-win T-shirts which bore her life philosophy. “A diamond is nothing but a hunk of coal that stuck with it”. I was not yet    11, but I intuitively sensed what she meant,

This Masters Edition  of the St. Barth Summer Camp, Edition 11 is very much linked to Gurumayi’s Gratitude for the Golden Summers  we’ve been graced with — our very lives— and Frankie Bell’s relentless bugle call to cultivate mastery through hard work and practice.

Native talent aside, it is through perseverance and daily renewal of our vows to achieve anything meaningful and great that we alchemically transform towards that which we aim.

If the St. Barth Summer Camp Yoga Challenge experience has revealed itself in both of those unique voices, it was my longing for home and community in a foreign land that spurred me to create a place where we could all have a shot, like in Frankie Bell’s pool.

In the enveloping experience of this yearly community event, participants come with their unique attributes, skills and foibles, with their unique booboos and defects, and collectively,  we work our butts off to touch what is great within us. That looks different to each and every one of us.

I believe that ultimately spiritual practice,  in whatever form it takes, transforms us. It turns us into something greater than we imagined we could be.

This is not a new thought.

Patanjali, who was said to have lived  around 200 AD and largely  thought to be the author of modern day yoga through his Yoga Sutras, made the claim that if we practiced assiduously, we would find hidden talents and latent virtues within  and discover ourselves to be greater than we ever imagined.

In every edition of the St. Barth Summer Camp Yoga Challenge, this is the promise we stretch towards. Who are we? And who are we beyond what we can imagine?

We practice yoga, meditation, breath work and movement. We hike and get in the water and we explore balance and mindfulness and healing and  so many other things.

Through community  practice, we learn more about ourselves, we  laugh and cry and shrink and grow and shape shift.

We take ourselves from the hunk of coal to the diamond within and learn to shine fearlessly, understanding how similar we are to moths hovering around the light we seek.

So, for this new edition,  Light on deck. Light in the gallows. Light that we carefully shoulder  and sculpt and protract from our  very darkness, while appreciating the darkness. While appreciating dynamic opposition, and static stillness.

This is what we navigate by. These are our stars and our instruments.

If you live in St. Barth or are a wayfarer, come.!

Join me and my special guests, masters indeed, for a golden summer of gratitude, gore and glory.