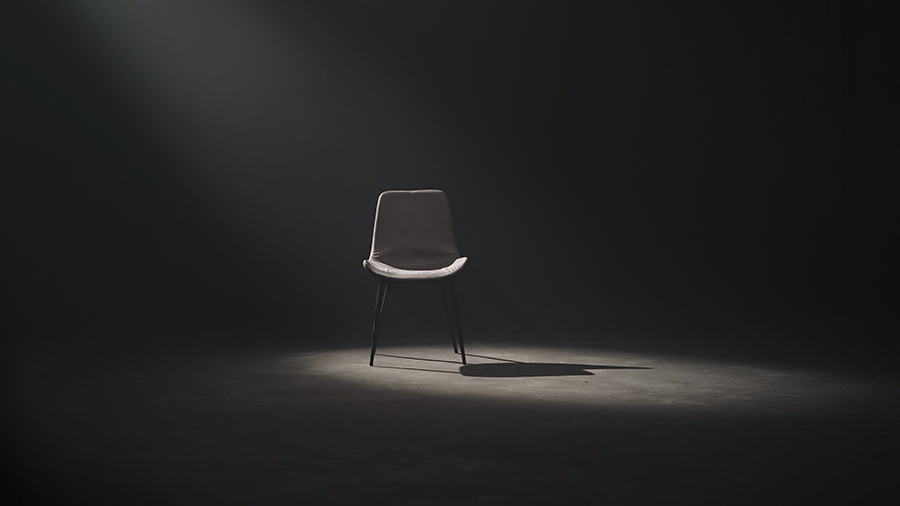 Focusing on the therapeutic aspect of yoga and meditation , this week I once again turn to a theme that I find important to examine. How does one accompany another while staying in one’s own legitimate space?

While the question has particular relevance to teachers, caretakers, therapists, and coaches, it is also as pertinent in family dynamics, in the workplace, and in our love relationships.

Maybe, during an emergency situation, whether it was your child’s raging fever, the illness of a faraway parent, a break-up, or the sudden illness of a loved one, you found yourself having to take action or manage an event without shutting down or giving up.

How to remain effective and capable of response without putting on so much protective armor that you become rigid, inaccessible or incapable of compassion, empathy or feeling.

Two years ago, my extended stay in Paris during Yves’ illness brought me in contact with Catherine. She is a fire cutter.

She works with burn victims and her exceptional healing gifts have gained her the trust of hospital teams throughout France.

Catherine also works with cancer patients undergoing radiation treatment. She is able to energetically reduce the fire that radiation produces and lessen its effects on neighboring organs that also take the hit, supporting them during this direct inner fire.

Though I am not a burn victim and am not undergoing radiation, I started working with Catherine, trusting myself to her capable therapeutic skills. Above and beyond the caretaker roles I fulfill, I needed to find a way to be in my space as a constantly evolving human being.

Catherine and I worked with an interesting method called psycho- geneology. It’s a method that is based on the concept developed by Carl Jung of the collective unconscious and deals with the invisible ties we

create out of family loyalty that lead to outstanding debts. The main objective of this work is to identify these psychic messages transmitted from one generation to the next and to free ourselves from the hidden bonds that keep us stuck to old family patterns.

Shortly after beginning my work with Catherine, who is also a writer, musician and composer, she invited me to attend a workshop she was offering on voice and movement. The spinal column is the conduit and the axis from which space, and personal space is explored. It is through the spiral of life that moves up and down that we can create the spiral of life. During the workshop, our challenge and privilege was to tap into it.

I arrived at the performance space a little early to find that I was the new girl in a group that was already well established.

The opening instruction was fairly simple.
Take a chair and establish your sitting position.

As a yoga professor for over 25 years, this is something I thought I knew how to do.

In the first hour, my teacher called me out a dozen times. Each time, I’d try to apply her corrections with a relative neutrality. At first, I felt too tired to argue. So I did as I was told but it just never seemed to make the mark.

Little by little, I started to feel the weight of my life come crashing down around me. Beside the emergencies of my life and my autobiography, my posture, my foundations was something I thought I owned. But for all intent and purpose, that now seemed to have gone, too.

I wanted to scream my rage and pain, I wanted to run out of the performance space and not look back, I wanted to hit Catherine the bad lady for exposing my wounds in public. I wanted to wail.

I didn’t know but I knew that if I was committed to my personal growth, learning and transformation, running away from myself wasn’t going to help. The yoga I had to practice was in the standing still, the moving into that stillness.

A few hours later, our group worked with sound and movement. We were practicing with a powerful polyphonic technique of chanting.

As I walked and sang, something curious happened.
My face was wet. Tears were falling and they were mine, but instead of analyzing them, I just simply cried them. They wanted to spill, they wanted to be released, and I was the vehicle.

A doorway became visible: being in my own space, with my own breath, aware of myself and my surroundings, to what rises and falls.

In the days that were to follow, I was able to take down my suit of armor, the one that shields my heart. Just behind it was my pain, part of which was linked to current life events, some recent and some much older.

In the nights that were to follow, nights where sleep would not come, I spent time with my pain, and behind it, was this immense source of love.

Thich Nhat Hanh, Vietnamese Buddhist monk and one of my favorite teachers, offers an image that is as beautiful as it is simple for opening doors. He says that miracles exist in every breath.

Imagine a baby crying, he suggests. The mother hears her child, taking him/her in her arms to console, cuddle and reassure. Those cries, says Tai, are like the suffering, anxiety and fear that are in us. We have to take care of them.

By tending our wounds, through breath, we can come back to our own space, our own home, and there, we can begin to understand the causal factors of our suffering. If we make it to that point, we can also begin to see the solutions to the suffering, and in that lies transformation. Evolution and personal growth.

As it turns out, I had to learn to sit again. Stand again. Breathe again. I had to start over. Pain and suffering, however compelling or intense, don’t excuse us from having to start over, and sometimes from scratch. As humans, we’ll have to continue taking risks, to try again, love again, dream again, fly again.

The fire cutter taught me that even in times of suffering stronger than you think you can bear, even when you think there is nothing left to lose, it is possible to feel.

If you’re walking on coals, know that today’s dismounts and tear-downs may be the cornerstone for tomorrow’s tower of power.

So, if you’ve felt like walking out on your life lessons, try seeing what happens when you stay.

You just might bump into the very thing you have to learn.